We normally prefer to reserve our Christmas-themed posts until AFTER Thanksgiving, this one was just too nice to pass up: Craigdarroch Castle in Victoria, BC:  🙂

For us, this is not just another pretty Christmas scene- we were fortunate to have been able to view this room (sans Christmas decorations) during a recent visit to Craigdarroch Castle; pictures simply doesn’t do justice to it. Of course, we’re also planning on our own take on Christmas at No. 11 when we once again participate in the Tombstone Historic Home Tour so stay tuned!

After a brief tea refreshment, we drove back to Victoria to pay a visit to Craigdarroch Castle. Nicknamed today as “Canada’s Castle,” Craigdarroch Castle was built in 1887-90 by the Robert Dunsmuir, a man who made his fortune from coal and railroads. Like many houses built by the nouveau riche of the late 19th Century, to expense was spared and it was built large, originally on a 28-acre estate (although most of the surrounding land was later sold off). For us, it was a fascinating peek into a world mostly only seen in pictures and the sheer massiveness of the house impressed us- one just doesn’t get an idea of the sheer size until they actually experience it in person. 🙂

Here’s are few views of the exterior: 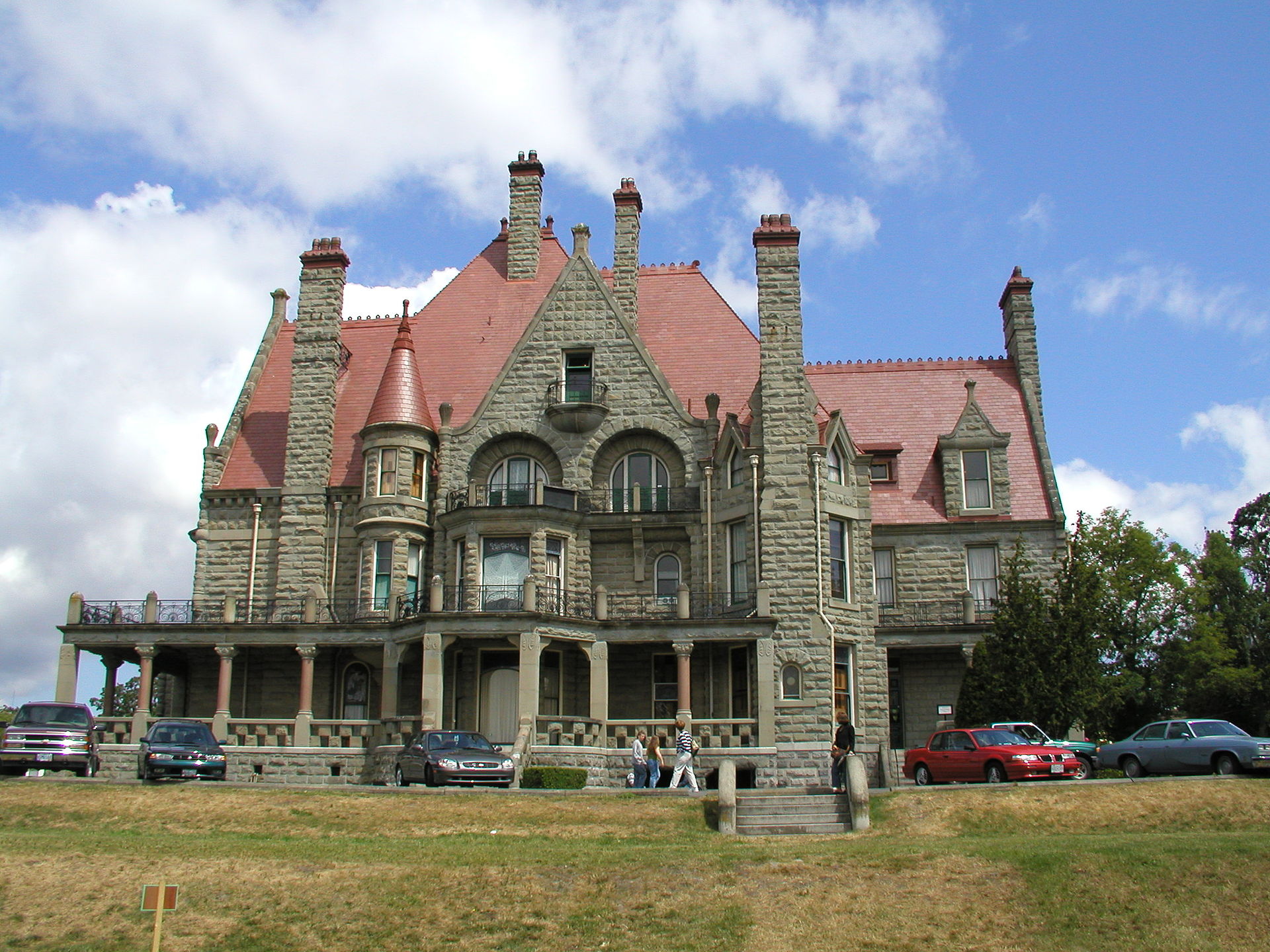 One of the most interesting things we learned was that in restoring the house, great efforts were made to track down the original furnishings and various other artifacts though auction catalogs and the like- after the death of the Joan Dunsmuir in 1908, the house and its contents were dispersed in a number of sales since none of the heirs had the means to buy the others out. Also, ironically enough, Robert Dunsmuir died in 1889 before he could occupy his new house.

Moving along, here are some more views: