Often called the fairy tale castle, Neuschwanstein was built by Ludwig II as more of a personal retreat than a functional living space for the entire Bavarian Royal Court. Reflecting the Romantic Movement of the 19th Century, Neuschwanstein has inspired many to include Walt Disney who incorporated elements in the Sleeping Beauty Castle at Disneyland: 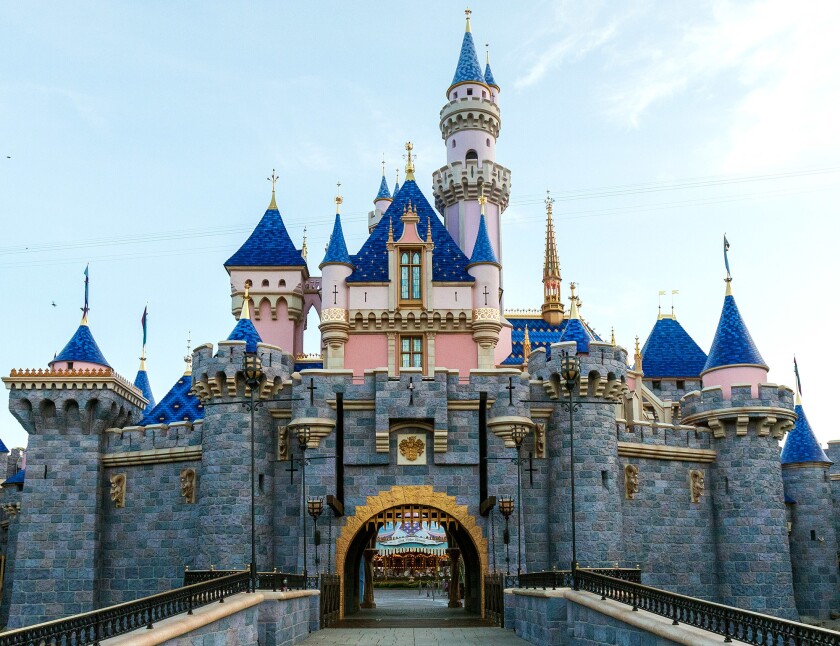 Construction started in 1868 and stretching to the 1890s, Neuschwanstein was the product of Ludwig’s personal ideals and as such incorporated elements out of Germanic mythology and Christian traditions as well as Richard Wagner’s  The Ring of the Nibelung set of operas. Unfortunately, due to extensive design revisions, Neuschwanstein was not completed during Ludwig’s lifetime but its legacy lives on for us to see. Here’s a couple of pictures of Neuschwanstein under construction:

Neuschwanstein’s legacy lives on to this day and we now join the ranks of those who have made the pilgrimage to this most remarkable testament to the vision of one man.

With our 1:30 appointment time rapidly approaching, we decided to head up to the castle. Neuschwanstein is located on a very high promontory that’s accessible by either shuttle bus or horse-drawn carriage. If you’re really into fitness, you can also walk the route but it’s a 30 minute walk up a very steep grade. Because of the long line at the horse carriage ride, we opted for the bus…unfortunately, what they don’t tell you is that it’s still a bit of a walk from the bus drop-off to the castle. Before we go any further, we must emphasize that if you plan on visiting, BE SURE TO WEAR A VERY STURDY PAIR OF WALKING SHOES OR HIKING BOOTS! Your feet will thank you later. That said, here’s some views as we made out way up:

And finally, we were there…

We arrived fairly early so we decided to wait on the shady side of the castle. It’s got some seriously high walls…

Wall by the castle tour exit.

There was construction/renovation work going on so parts of the castle exterior were obscured with scaffolding but it didn’t detract from the sheer spectacle of the castle; Here’s some exterior views from the interior courtyard:

With the tourist crowds and lack of good vantage points, we were unable to get any good exterior shots so just for some perspective, we’ve organized a few from the web, courtesy of the Bavarian Government:

Finally our entry time arrived and so we made our way into the castle, climbing up multiple flights of spiral stairs…