Today we took a train trip out into the English countryside and met up with some friends and visited Waddeston Manor. Located close to Aylesbury in Buckinghamshire, the house was built between 1874 and 1889 by the Baron Ferdinand de Rothschild (1839–1898) as a weekend retreat for entertaining plus as a venue to house his art collection. The architectural style is a Neo-Renaissance (or Renaissance Revival style) and is quite elaborate and not the usual Victorian style that one normally sees in England.

To get an idea of the scale of the house, here’s an overhead view: 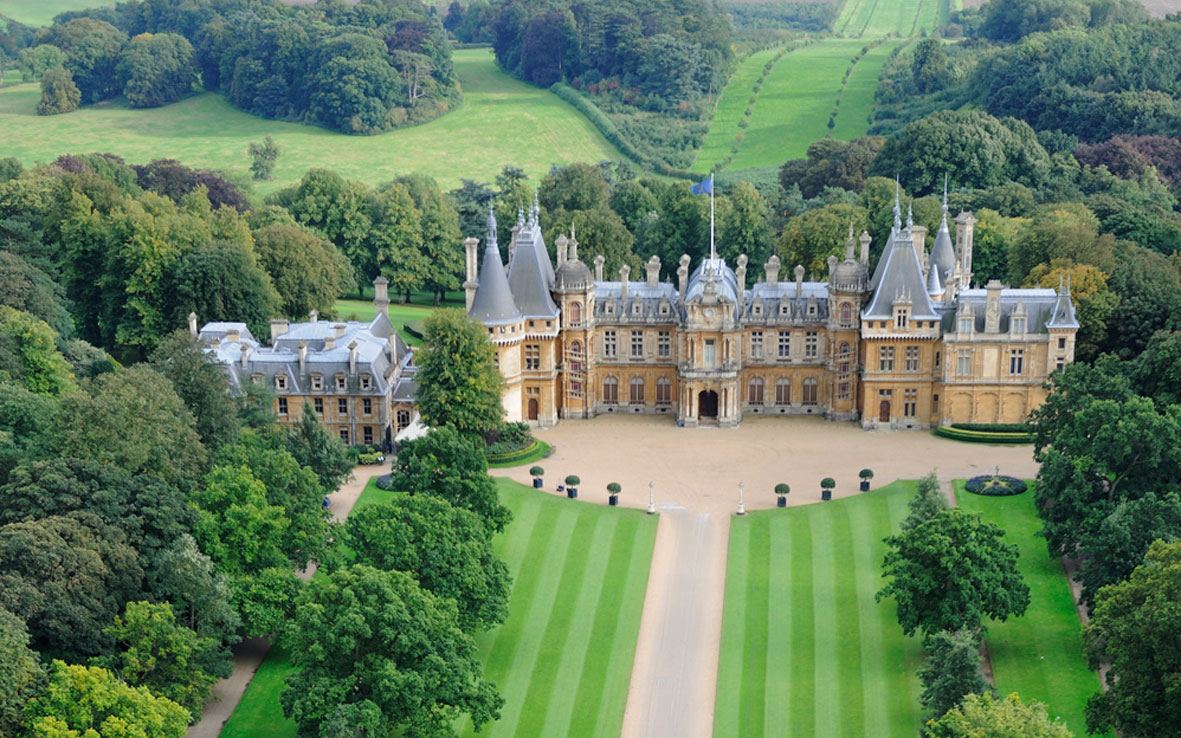 And from the front:

The above images are borrowed from Wikipedia since my cell phone camera just wasn’t working right that day. And here’s mine:

And now for a few interior views:

And then, unexpectedly, there were some Elizabethan era portraits by Nicholas Hilliard:

And here are some close-up views of the portraiture. First, there Queen Elizabeth: It was an interesting tour and the crowds weren’t too bad (it was a weekday). Style-wise, the house was mostly decorated in 18th Century style- Rothschild had acquired a large amount of furniture, decorate elements, paintings, et al., mostly from France a la William Randolph Hearst but with much better taste. What also amazing is that the Waddesdon Manor was much more than just a big house, it was a whole self-contained community complete with it’s own workshops and even a power plant- basically, the manor was one of the largest employers in the area and the work was steady even during the Depression of 1893.

One newly-reopened area of the manor were the wine cellars and they were amazing:

And yes, they offer wine tastings on a periodic basis…. 🙂

For us, touring Waddesdon Manor was an amazing experience and it exposed us to a lot of things that we normally just see in pictures or in museums, devoid of context. The richness of colors were very inspiring and it reinforced our current leaning towards saturated colors and jewel tones- it’s such a contrast to Southern California. We’re still thinking about this marvelous place and we’ll be commenting on it in future posts.

After our visit, we retired to a local pub for dinner and then caught a late train for London…