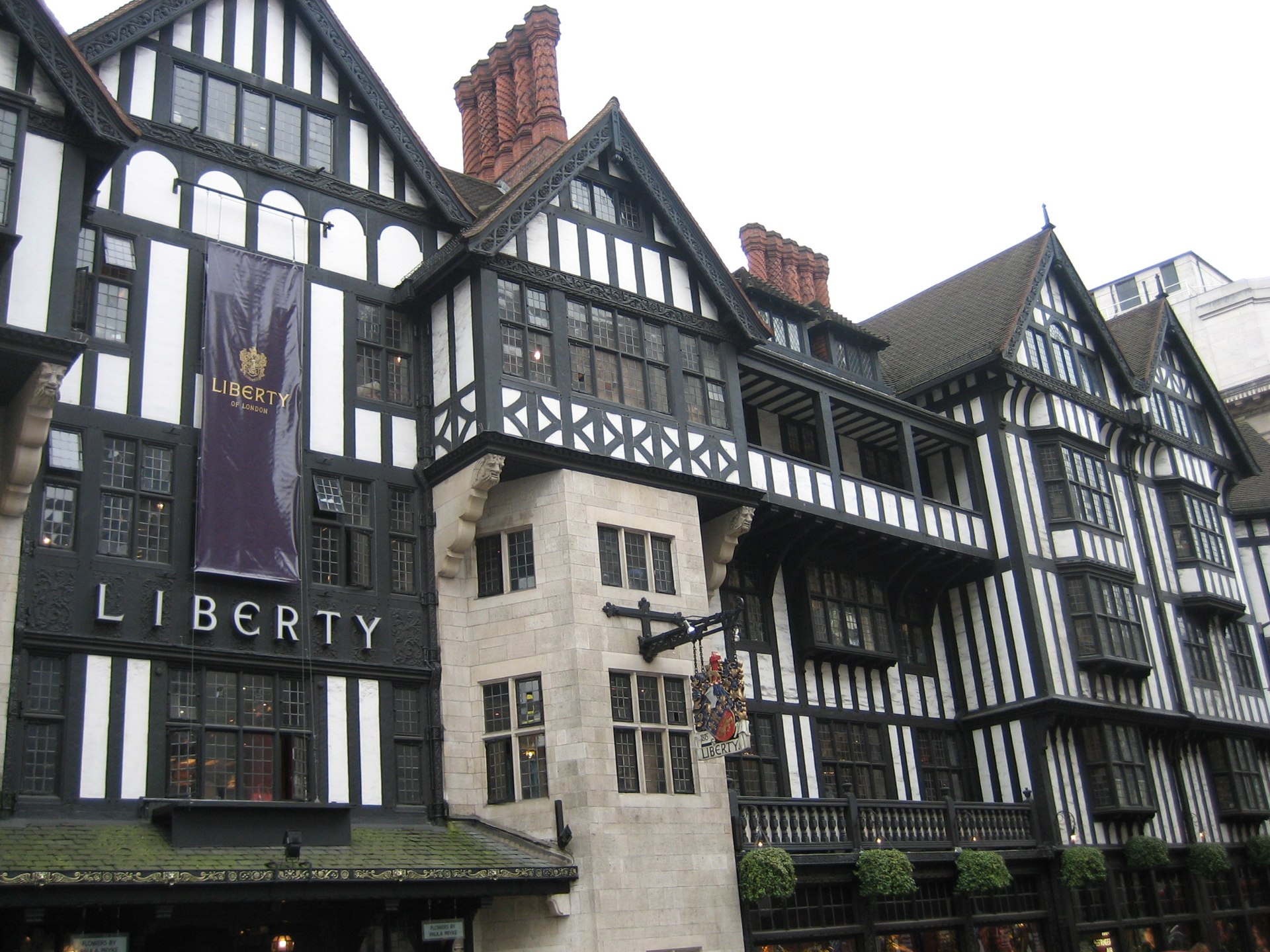 It’s been a crazy whirlwind of activity since arriving in London on Sunday. Here’s a little update on some of what we’ve been up to. Today we decided to head to Liberty London to check out their fabrics. From an historical clothing perspective, Liberty has a long history dating back to 1875 when Arthur Lasenby Liberty opened a department store specializing in fabrics, ornaments, and objects d’art from the Far East at 218a Regent Street. In 1885, Liberty moved to its present location at 142-144 Regent Street and this where we paid a visit. 🙂

Since its early days, the product mix at Liberty has become a bit more diverse with offerings ranging from mens’ and womens’ clothing, household furnishings, and food, to fabrics and sewing supplies. Most of the fabrics we saw, with the exception of a line from Ungaro, are Liberty’s own proprietary designs and many are offered in cotton, linen, and silk versions.

The selection was amazing and while we had many attractive choices, we ultimately settled on these:

Overall, it was a productive visit and it gave us many ideas for future projects. It’s an amazing store and we’ll be returning to Liberty in December for further inspiration. 🙂