Today I decided to change gears a bit and take in Bath’s Georgian Era (1714 – c. 1837) heritage a bit. For starters, I decided to first heap up is the Circus (aka King’s Circus), one of the best surviving examples of Georgian Era architecture. Originally designed by the architect John Wood the Elder, the Circus was were a series of townhouses arranged in three curved blocks, forming a circle surrounding a central park with three entrances:

This picture I borrowed from Wikipedia…

Incidentally, the townhouses are still functioning residences and while their fronts look fairly uniform, the rear of the houses (facing  outside of the circle) are all unique with small yards. Construction on the Circus was started in 1754 and completed in 1768 by Wood’s son, John Wood the Younger.

Here are some pictures that I took:

Here’s a picture that gives an idea of the curvature of the townhouses:

Unfortunately, I neglected to get a picture like this so once again, Wikipedia to the rescue…

A short walk away was an even more impressive set of townhouses in the Royal Crescent:

Looking towards the Western end of the Crescent.

A panoramic view from the east end of the Crescent.

Close-up of some of the houses.

The Crescent (later renamed the Royal Crescent) is a series of 30 terraced townhouses that were designed by John Wood the Younger and built between 1767 and 1774. Each townhouse shares a common Neoclassical facade and the original purchaser bought a share of the facade and then designed a house to their own specifications behind it; while the houses may appear to be cookie cutter along the inside curve of the crescent, each house is unique.

The house at No. 1, Royal Crescent has been restored to its original Georgian state and is now a museum and I took an opportunity to view it: 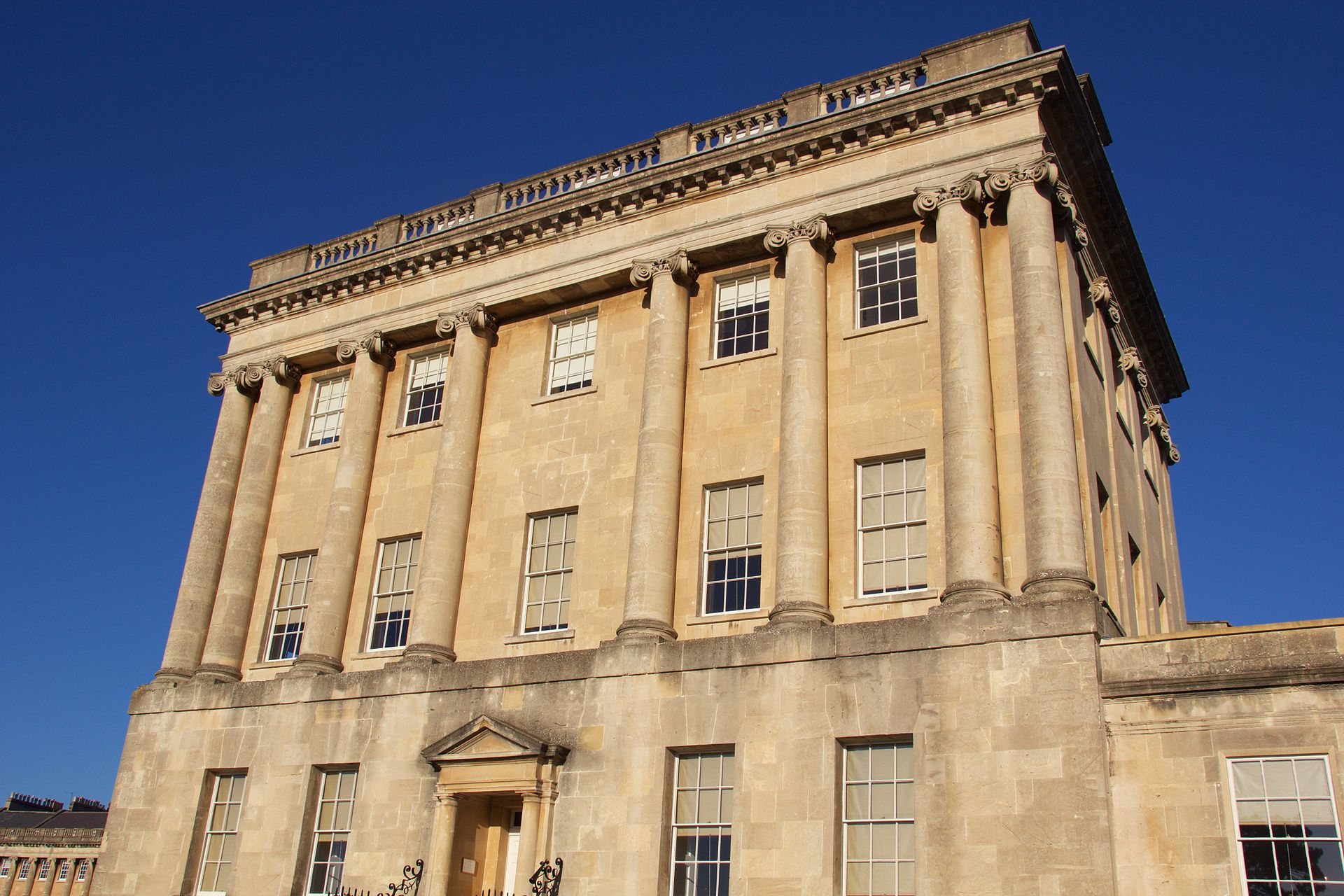 View of the front of the house, courtesy of Wikipedia.

Because of the crowds, I was not able to get as many pictures as I wanted so most of what I got was in the servant’s part of the house (the tourists probably found that part boring): 🙂

Grand staircase looking down. It was a long walk up…the servant’s stairs are worse.

And no kitchen was complete without the turnspit dog:

These unfortunate creatures were used to keep spits used for roasting meat turning at all times so that the meat would cook evenly.

With all my explorations, I decided that it was time to take a break…