One wouldn’t normally associate glass with dress fabric but glass fabric does exist but it does and originally made its appearance at the World’s Columbian Exposition of 1893 in Chicago in the form of an evening dress constructed by the Libbey Glass Company from glass fabric. 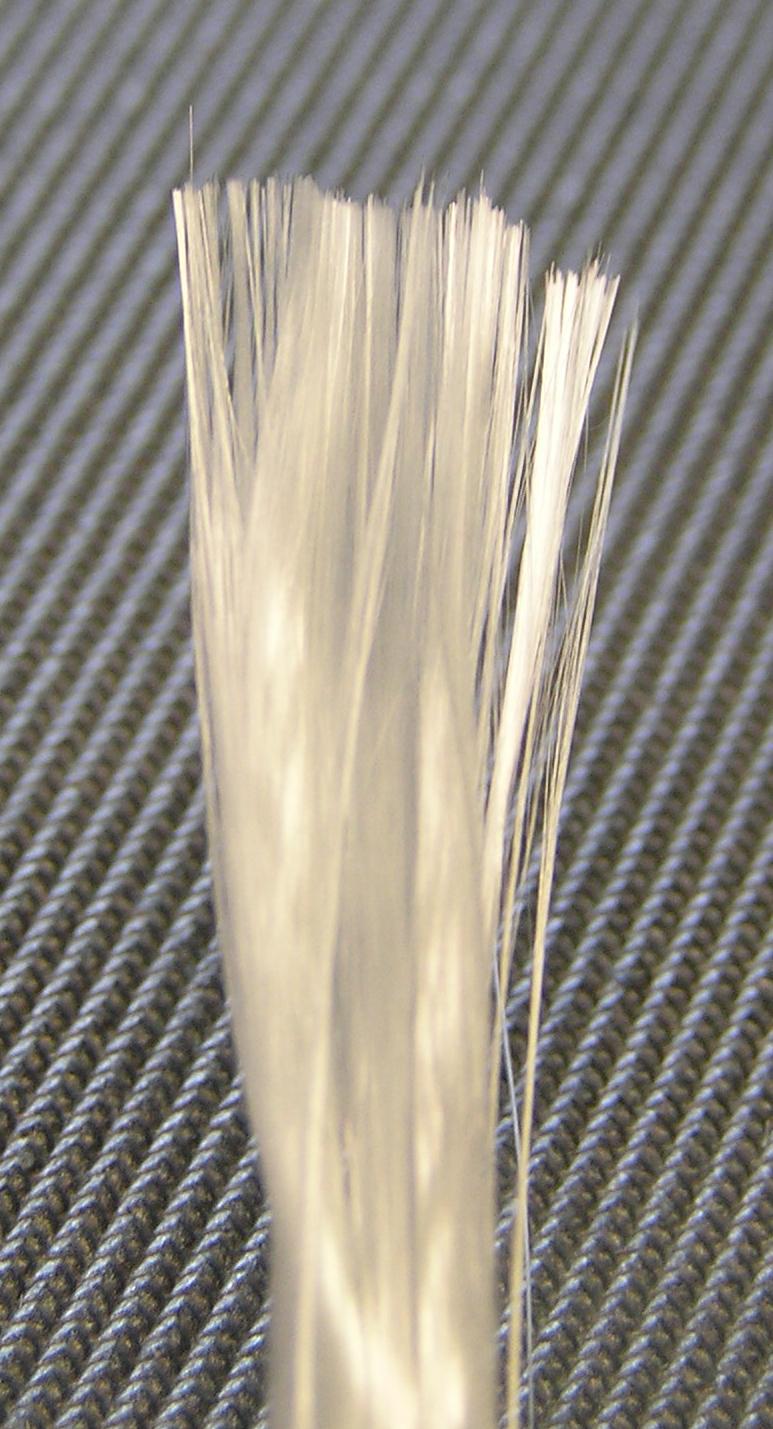 In an effort to increase the company’s public profile, William L. Libbey became a major exhibitor at the Columbian Exhibition, creating a large pavilion in featured the company’s products and even included a complete glass factory where the public could witness the various phases of glass manufacture. Also Libbey created a number of displays featuring various glass products to include household furnishings to include screens, window curtains, and lamp shades. And of course, there were all manner of souvenir glass novelties such as neckties and  that were distributed by Libbey. 🙂

One of the glass novelties was this tie made from glass cloth.

The displays provided to be very popular and in response, an well-known stage actress named Georgia Cayvan asked if Libbey could make a glass dress.  Up for a challenge, Libbey agreed to do so and proceeded to make one, constructed of a glass fabric developed by Hermann Hammesfahr who worked for Libby.

The glass fabric was actually a combination of glass and silk filaments which provided for greater flexibility; the warp threads were silk and the weft threads were glass (work on developing glass fabric would eventually lead to such modern-day products such as fiberglass and fiber optic cables). Below are some pictures of the dress, which was put on display at the Libbey Pavilion:

The dress proved to be very popular to the point where one newspaper even predicted that eventually everyone would be wearing glass clothing. One of the viewers, Infanta Eulalia of Spain, saw the dress and commissioned one for herself in the form of a very simple evening dress:

For some more details on the Infanta’s dress, the particulars can be viewed here:

Apparently, the  dress was a hit with the Infanta and as thanks, she gave the Libbey Glass Company permission to use the Spanish Coat of Arms as part of its advertising artwork. As for the dresses themselves, while the glass fabric was flexible enough to allow them to be worn, they provided to be brittle and not practical for any sort of extended wear. In the case of Ms. Cayvan’s dress, it was worn for at least one performance but that was pretty much it. What became of the dress is unknown.

In the of the Infanta’s dress, it was eventually donated to the the Deutsches Museum in Munich in 1924 where it remains today. Unfortunately, only the skirt has survived and was in poor condition until restoration was begun in 2016. An interesting set of blog post documenting the skirt’s restoration can be found here.   Here are some views of the restoration process:

These glass dresses were a bit ahead of their time and it would have been fascinating to have been able to see these dresses when they were new. 🙂